Here is a guide to get you started with your first Scarlet Ore. Follow the tips and tricks in this article, and it will prove easy to find all of these ores. 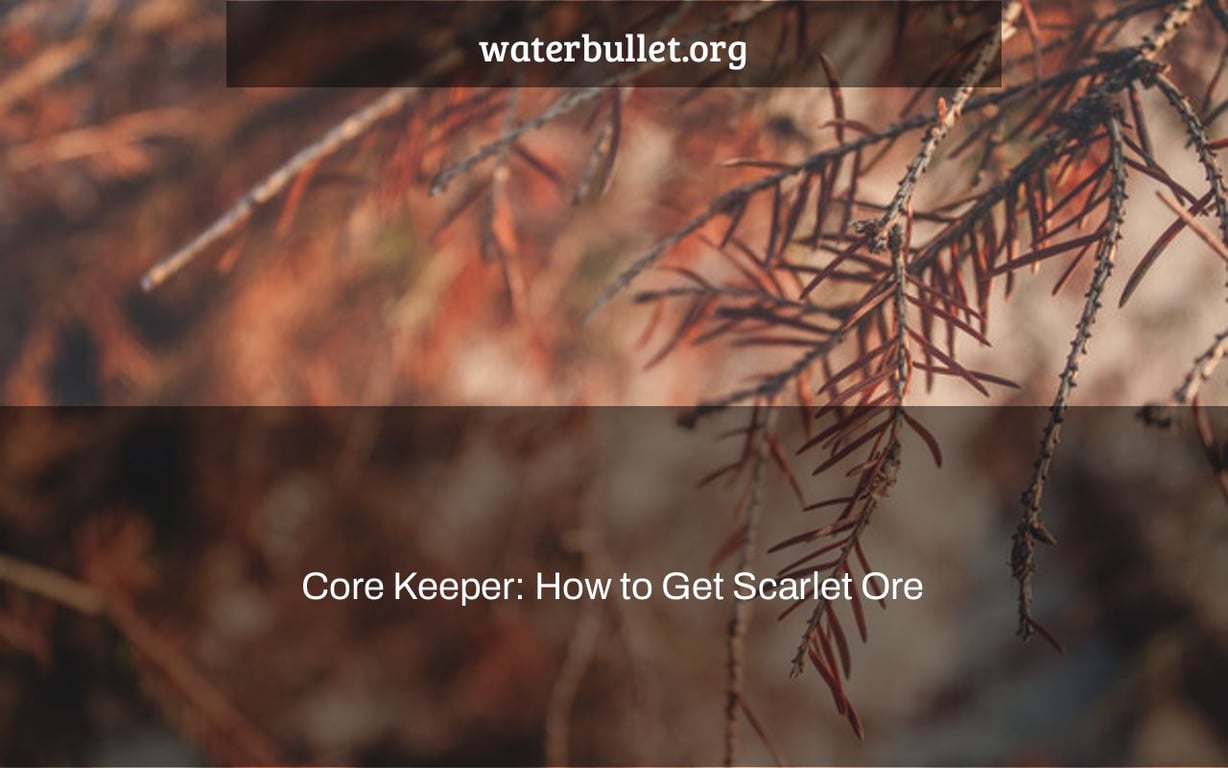 At this point of Early Access, Scarlet Ore is the final tier of ore in Core Keeper, and you’ll need it to manufacture Scarlet Bars, which will unlock an even higher tier of craftable items.

Unless you’re already well on your way to the current endgame, you’ll have to jump through a few hoops to get your hands on Scarlet Ore and then Scarlet Bars.

In Core Keeper, how can you get Scarlet Ore?

After defeating all three monsters, interact with the Core to get access to the Souls section of the character screen and the opportunity to open the Great Wall that surrounds the whole inner circle of the battlefield.

Outside of the Great Wall, Azeos’ Wilderness is the only biome available in Early Access. Finding Scarlet Ore is similar to finding other ores, and it isn’t very difficult. Cavelings may be a problem in this region, and they’re especially bad near the rim.

You’ll probably need 10 Ancient Feathers to gain the Axeos the Sky Titan Scanner, so cut any flowers you encounter in the vicinity.

If you haven’t already, manufacture and install a Smelter Kiln to transform your ore into Scarlet Bars (though you should have). The Smelter Kiln is made using five Tin Bar and five Iron Bar at the Iron Workbench.

More than simply armor and tools are available with Scarlet Bars. Scarlet Bars are also used to construct a few crafting stations, as well as to put up conveyor belts.

With your newfound expertise, you may go in search of Scarlet Ore and advance to the next level of making. For additional information, see our other Core Keeper guidelines.