Kevin Feige, the producer of Marvel’s Spider-Man franchise and others said that he had to “push” for more diversity in the comic books. When asked about the pressure on studios such as his to do better representation of minority groups, Kevin Feige commented that it was a “huge pressure.”

Kevin Feige, the president of Marvel Studios, has been in the business for over 20 years. He is one of the most influential and successful people in Hollywood. In this interview he talks about how he felt pressure to get Spider-Man into the MCU., 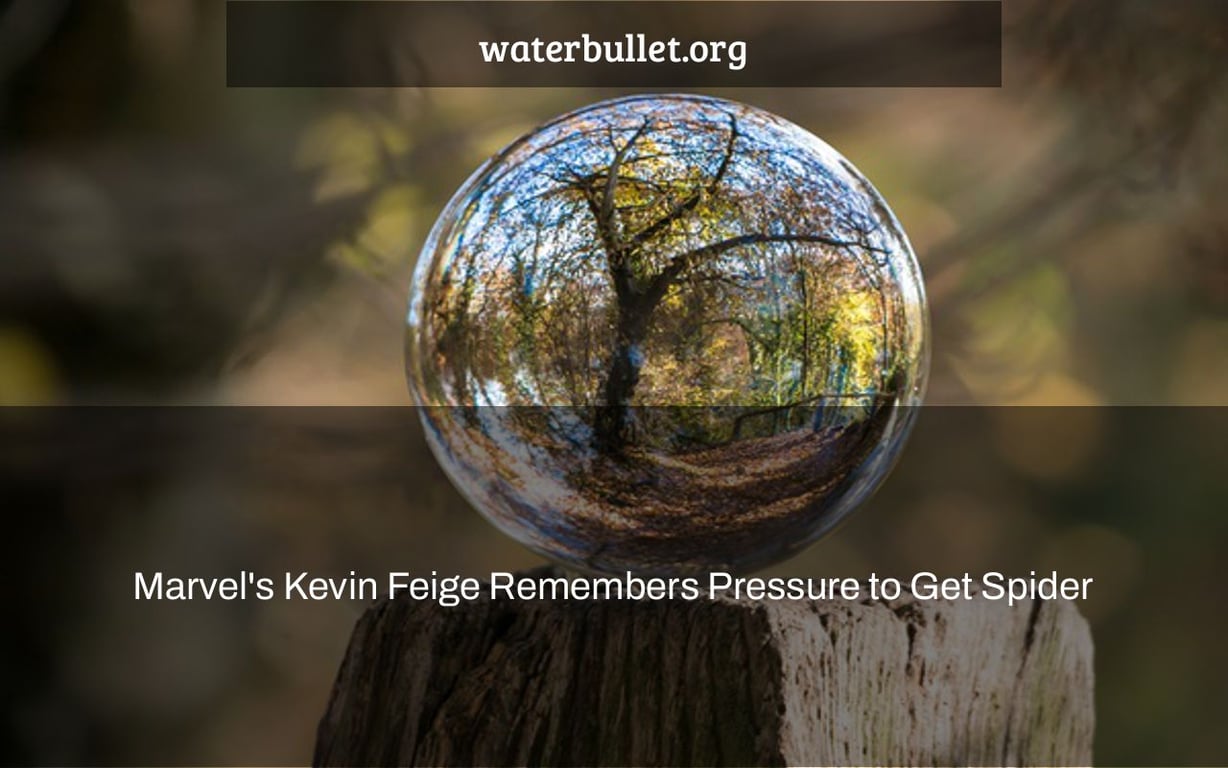 It would be an understatement to suggest that Marvel’s collaboration with Sony on the MCU Spider-Man flicks has been a success. The Tom Holland-starring flicks have been very successful with moviegoers, and the most recent, Spider-Man: No Way Home, is killing it at the box office, on its way to reaching the half-billion-dollar barrier in the United States – and has already done it overseas. While the Spider-Man series is now a smash, Marvel Studios president Kevin Feige remembers that when he initially teamed up with Sony’s Amy Pascal for a Spider-Man film, there was a lot of pressure to get things right.

“When I originally contacted Amy Pascal about collaborating on a Spider-Man film and setting him in the MCU, and we got her approval and Sony’s okay, and Tom Rothman came on board and believed in it, there was a lot of pressure, right? It’s one thing to persuade people to say yes; it’s quite another to really deliver on what you were talking about “In an interview with Sony Pictures for Spider-Man: No Way Home, Feige remarked. “And the first step is casting, which means saying, ‘OK, let’s find the youngest, Peter Parker who we can develop with and who can do scenes with these other Marvel characters for the first time.’”

“We knew Tony Stark would be a key part of it, and Civil War was already filming at the time, and we weren’t sure we’d be able to cast Peter Parker and include him in the first round of photography on Civil War,” he said, “but we wanted to make every attempt to achieve that.”

The success of Spider-Man: Homecoming, as well as Spider-Man: Far From Home and Spider-Man: No Way Home that followed, proves that, despite the pressure, Marvel and Sony got it right with this approach to the beloved character, and Feige is correct in that audiences have grown to love Holland’s Peter Parker as much as the character has grown to love him across not only the Spider-Man films, but also his appearances in the larger MCU. Far From Home is possibly the best example of character development.

“We knew coming out of Far From Home that we didn’t want to hide the fact that his identity has now been revealed, that it’s out there, and that was always the starting point, so we sat down with Erik Sommers and Chris McKenna, our director Jon Watts, and Amy Pascal and just started brainstorming, what happens next?” Feige explained. “What happens to him as he swings away from Madison Square Garden, where that giant TV screen revealed his true identity? What happens when his life is flipped upside down? What, more significantly, is the impact on his friends?”

Feige went on to say, “Peter Parker can take a lot, but when he begins to witness his friends being harmed unjustly as a result of his actions, it becomes emotionally exhausting for him. So that was always where it was early on, and we had a lot of interesting debates, it was always, ‘You know what would be cool?’ ‘It’d be nice if we did this, and I’d like it if we did that.’ As I previously said, if we ever brought Ock back, you’d have to get Alfred Molina in as well, and how would you go about doing that? We believed it could be entertaining at some point.”

Spider-Man: Far From Home is currently playing in cinemas.