For Peacemaker’s Chukwudi Iwuji, working on the Guardians of the Galaxy Vol. 3 was a dream come true. He has been making films and television for over 15 years now so this is definitely one that he will never forget! 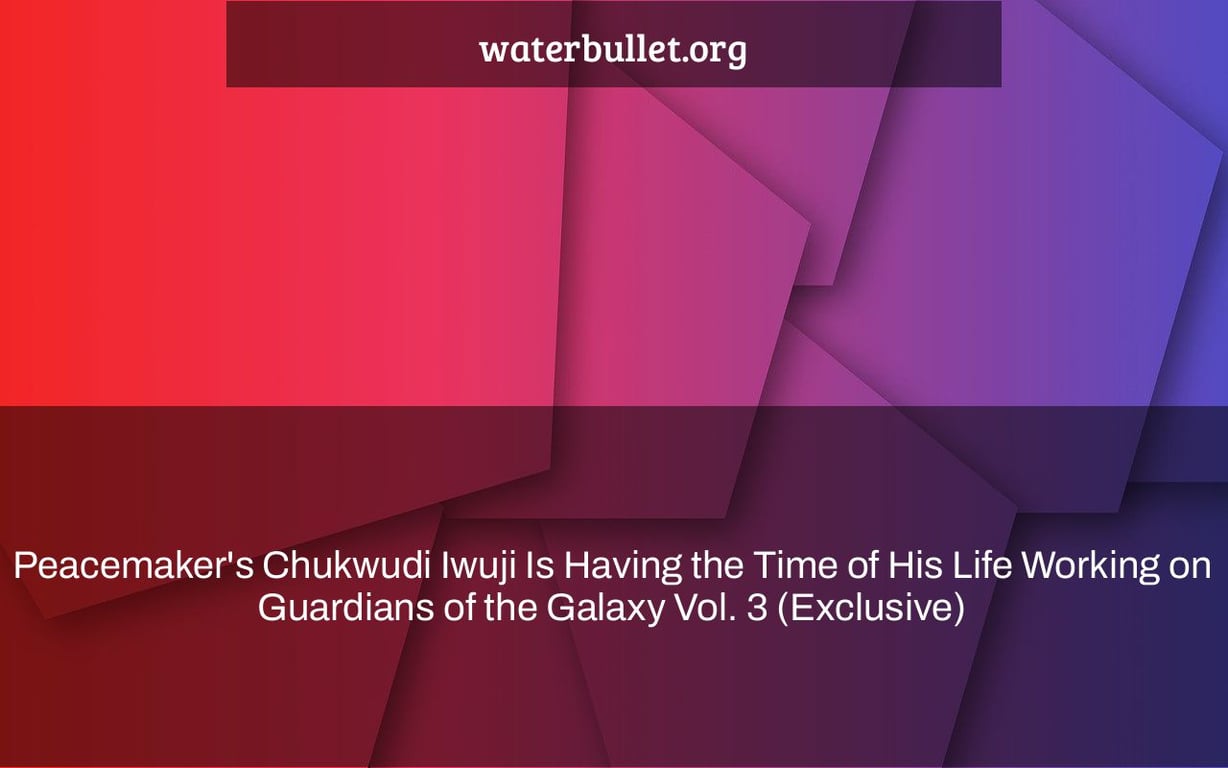 Peacemaker, the first live-action series established in the DC Films world, will premiere this week. The James Gunn-directed film not only sees Christopher Smith / Peacemaker (John Cena) return, but it also adds a slew of new characters and players into his circle. Chukwudi Iwuji, who plays new character Clemson Murn throughout the series, is one of them. Even before the release of Peacemaker, it was announced that Iwuji and Gunn would reunite in the Marvel Cinematic Universe, with the actor cast in a key, enigmatic role in Guardians of the Galaxy Vol. 3. This past November, Gunn verified the news on social media, calling Iwuji “one of the greatest performers” he’s ever worked with.

Iwuji spoke about the “amazing” creative collaboration he’s built with Gunn ahead of the launch of Peacemaker, and hinted that their work together in Vol. 3 is pushing him “far further” as an actor.

Iwuji remarked of Gunn’s past statements, “This has been mentioned to me a few times and it does make me blush.” “Purple makes me flush. The truth is that I’m not sure why James feels that way. It is not my responsibility to find out what it is. What I do know is that when someone places that much confidence and faith in you, it is your obligation, and your own responsibility, to ensure that it is returned. So I think James and I work well together, even on the project we’re working on now, which is stretching me even further. And he pushes me to my limits. I believe we have a beautiful balance of him trusting my decisions but also seeing them and recognizing when I can go much farther, and surprise me with how far he can push me. It’s a lovely mutual cooperation, and I’m having a great time. I’m having the time of my life.”

While Vol. 3 is still a long way off, Iwuji discussed his approach to playing Peacemaker’s Murn, citing Gunn’s writing as a major source of inspiration.

“I read these sides and at first I didn’t want to do it,” Iwuji revealed, “because he sounded like that weathered, extremely masculine, alpha, Lance Reddick type of guy.” “He did it right in front of my eyes. ‘Well, I’m never going to acquire this,’ I thought. Then I read the sides, and what I found on the page was really amusing. I recognized exactly how this person should talk rhythmically right away. How he keeps things in control emotionally. The text included all of the clues.”

“My wife and I taped it together, and it was the first take,” Iwuji added, “because it was extremely evident to me from James’s layout and how he composed it.” “And it was a hit with James. Whatever the ideals or characteristics of that kind of character in the comics are, all I know is that I gave James exactly what I immediately thought he needed on the page. I enjoyed portraying [someone] who was able to keep so much emotion in control, as well as bursts of intense wrath and violence. They were just enjoyable to play. I was, nevertheless, guided by the script. The dialogue of good authors will usually lead you in that direction.”

The first three episodes of Peacemaker will air exclusively on HBO Max on Thursday, January 13th. The third installment of the Guardians of the Galaxy franchise will be released in cinemas on May 23, 2023.